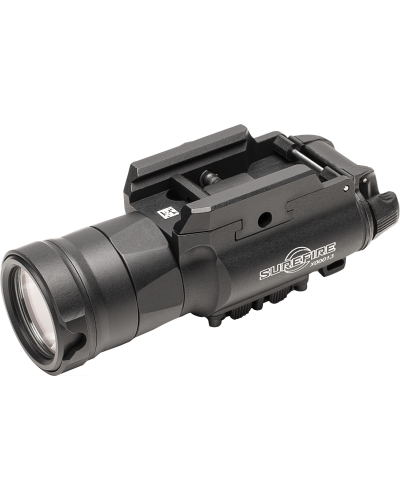 Looking to turn the tide and win the Lumen War? Then look no further, building off the XH35 the XH30 boasts the same 1,000 Lumen output but with an increased Candela of 11,500 and using the than the previous XH35. The XH30 features the Total Internal Reflector (TIR), which is the same beam pattern as the original X300U-A/B's as well as nearly every other light that SureFire has produced. The pattern provides a deep penetration through photonic barriers and illuminates well at further distances.

While similar to the X300U-A/B's with the now similar outputs and the XH30 boasts two functions that we were particularly drawn to, firstly the strobe option for when spontaneous dance parties need to happen, or you need to disorient and potentially give someone a seizure. And secondly a low setting allowing only 300 Lumens of output for when you don't need to start a fire with the beam.

The one traditional drawback to these lights has been the fact that they are in SureFires MasterFire series and as such have required a holster for the light built by SureFire. While that's not a bad thing because SureFire makes such awesome stuff there were some snags as far as compatibility with some other pistol platforms. That had us reach out to our friends at Gray Fox Strategic who we have now partnered with to bring you Canadian Made XH30/35 holsters for your pistol, check out "The ONE" Glock holster below. 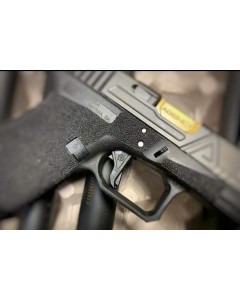 The ONE Glock Holster - Gray F..